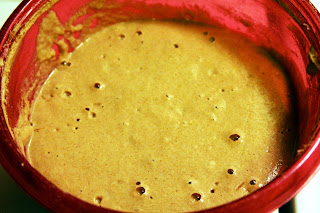 The picture above is my sourdough starter. The starter is fermented flour that supports a live culture of bacteria and yeasts. Every night, I feed my starter. I remove about half of the old starter and throw it away, then I add a cup of whole wheat flour and a cup of water. I mix it vigorously, then I let it sit. And the next night, I do the same. And so on. Over night, the starter doubles in size. It collapses before I wake up in the morning.

My starter smells like rotten apples, vinegar, and alcohol. The smell of it reminds me of the apple tree in the backyard of the house where my family lived when I was in middle school. My parents paid me a dollar a week to pick up the fallen apples from the lawn because the fruit attracted wasps and bees. The apples were always warm from sitting in the sun, and full of worms and holes. The shame of it was that the apples had poor texture and flavor. They weren't good to eat, but they had a strong smell.

The night before I make a loaf of bread, I feed the starter early. When the starter appears the most active (bubbly, expanded in size), I mix a ladle full of starter with flour and water. It proofs overnight. This product is called the "sponge". 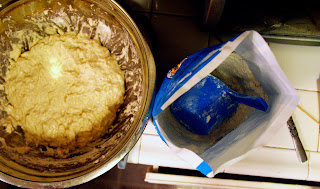 The pictures above and below are of the sponge. 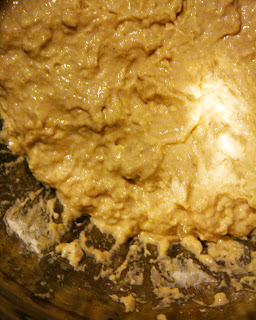 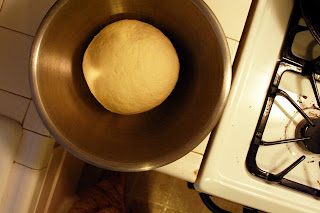 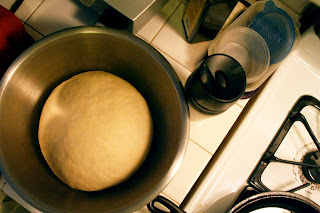 You can see in the pictures above that the dough doubles in size between the first picture and the second. This happened over the period of an hour.

In the final stage, the dough is divided into two parts, then allowed to rise again. When the dough has tripled in size, it is dusted with flour, the top is cut with a knife (this is to relieve some of the surface tension and allow the dough to expand in the oven), sprayed with a fine mist of water, the oven is preheated to 500 degrees, and boiling water is dumped in the tray in the boiler tray in the bottom of the oven. The loaves are inserted and after ten minutes, the temperature of the oven is decreased to 350-400, and the loaves bake for approximately 45 minutes. 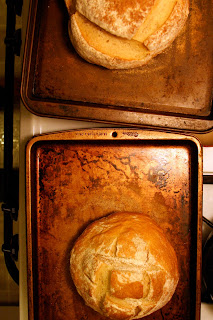 The pictures above documented my first successful attempt at making a loaf of sourdough. Before tonight, I'd tried to make sourdough at least four times. My failed loaves were always too dense. This bread was made from a whole wheat starter I began on New Year's.

Starters, when cared for properly, can basically live forever. Years, decades. It's a colony of live bacteria. Most beginning sourdough recipes recommend that you think of a starter as like a pet, to be monitored and cared for. 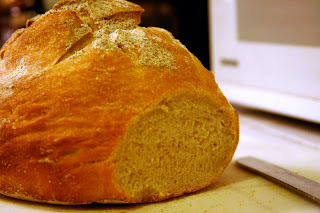 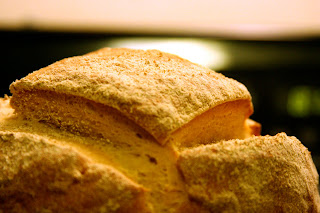 I've had so many failed loaves of sourdough before today that the Other Adult in the family told me, even after this loaf was baked and I cut it open and fed her a slice, that she did not believe I had made sourdough.

Sourdough has become a myth in our household. Like the lost city of Atlantis, the Holy Grail.
Posted by Leslie at 8:44 AM