Last night I started my secondary fermentation. Recall that for one week the beer has been sitting in a giant fermenting bucket in the office of our house. During that time, some settling happened. Yeast and other things formed a layer on the bottom of the bucket. This layer is called "trub," pronounced "troob." So last night, I sanitized my big glass carboy. I also tried to sanitize my racking cane, but I have realized that I will need Star San for this in the future because my current sanitizer is not very good quality and the fact that it needs to be rinsed thoroughly after use is too cumbersome for good cleaning. After sanitizing the equipment, I siphoned the brew from the trub and into a glass carboy, so that the beer could begin its next stage of development, called secondary fermentation.

These pictures are all very dark and not such great quality but I just had to share this. My fermenting bucket: 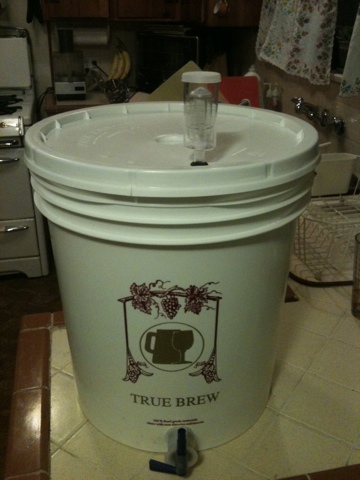 Using a racking cane to transfer the brew from the bucket, into the carboy: 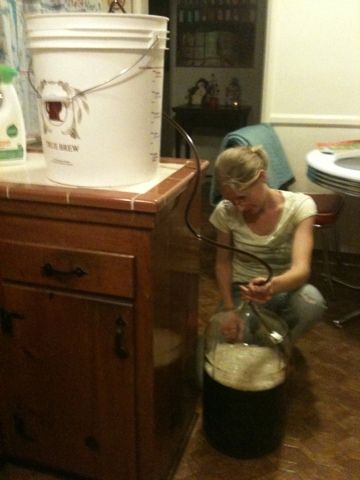 The racking cane is an old-fashioned tool for this purpose. Looking online, I see a lot of home brewers now use special siphons with air pumps for this job. The racking cane is cheaper, and it works just fine except for one problem: you have to suck on the end to get it started. Like, with your mouth. As one guy online put it, you're siphoning beer from the bucket like you might have siphoned gas from a friend's car in high school. So I brushed my teeth, took a shot of vodka and sucked the brew out of the bucket and into the carboy. 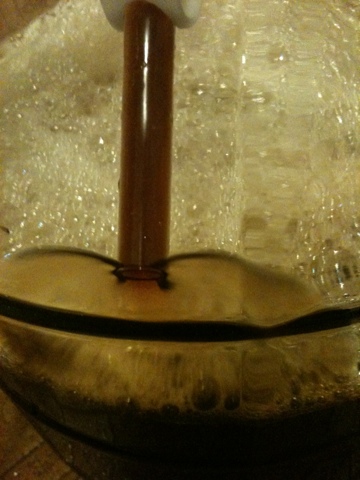 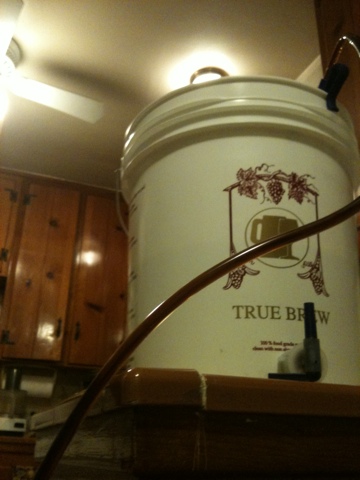 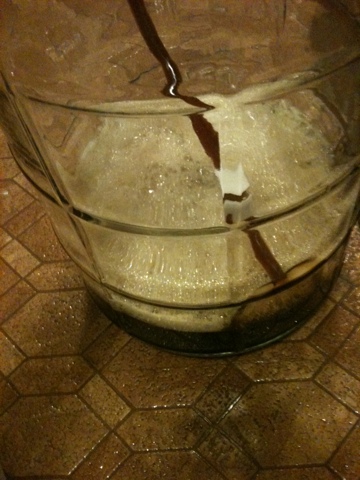 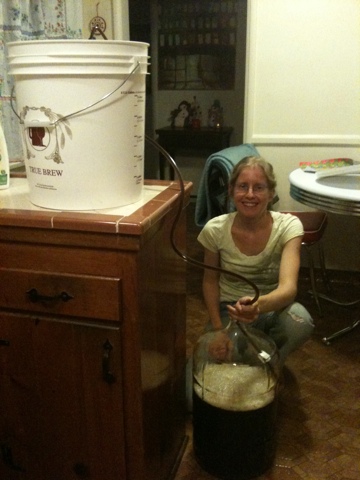 I think I made at least one mistake during this process. At this point, it's important for the brew to stay relatively still so it won't be exposed to any more air than necessary. During the transfer, I started with the pouring end of the racking cane resting at the top edge of the carboy, so that the brew dropped the height of the carboy down to the glass bottom. Obviously, this agitated the brew and created a lot of bubbles. I realized my mistake before too long but you can see by the froth on top of the brew that a considerable amount of mixing and sloshing happened before I realized the problem. I don't know what this will do to the brew.
When the transfer was complete, I put the stopper in the top of the carboy and stuck the airlock in the hole. 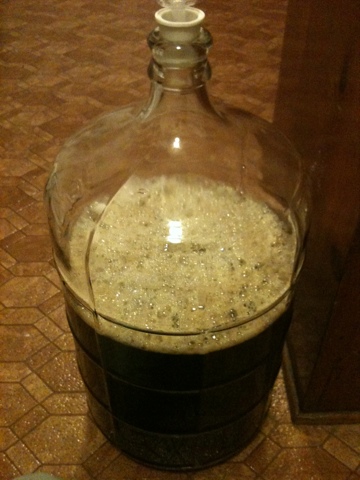 Now it's back in the office, in a carboy, in a big plastic tub, on top of some towels so I can easily slide it around if necessary: 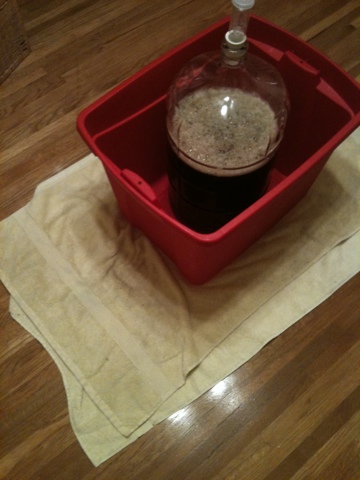 The trub in the bottom of the fermenting bucket: 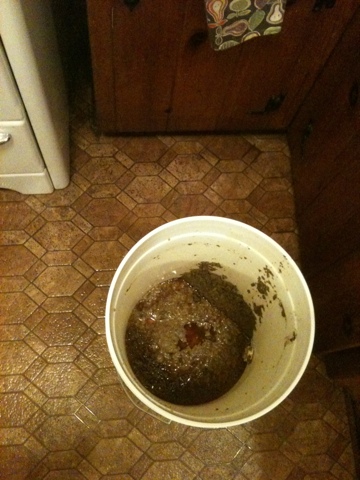 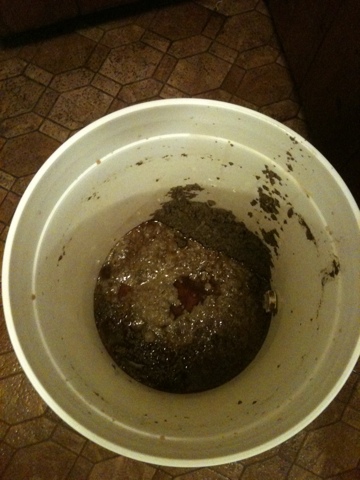 Only after I used the racking cane to get the brew out of the bucket did I realize that I probably could have attached the racking cane hose to the spigot at the bottom of the fermenting bucket, and that would have been more sanitary than sucking the brew out with my mouth--see this guy below. Oh well.
One more thing to share, this is an excellent, 8 minute video about the home brewing process:
Posted by Leslie at 9:23 PM